These awards were created to acknowledge young SANA members and employees under the age of 35 who excel and perform above expectation. These awards celebrate individuals judged on their outstanding work, dependability and flexibility, initiative, interpersonal relations, teamwork and general value to their organisations. 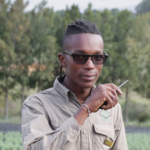 Sandiso Xinindlu began studying for his National Diploma in Horticulture at Cape Peninsula University of Technology in 2013.

On completing his required theory years of study he spent a year at two separate businesses undertaking ‘work integrated learning’. In Bloemfontein he spent time at the Free Sate National Botanical Gardens and then in East London he trained with Amalinda Nursery.  Sandiso obtained his National Diploma in horticulture on graduating in March 2017.

In January 2017, Sandiso became a member of the Elands Nursery team as a Ground Staff Supervisor. Within six months he was promoted to Plant Quality Control Supervisor and still fulfils this role efficiently and effectively. Here he works closely with more than 20 block keepers over our 34 hectare farm ensuring that orders are picked and pulled to the highest possible standard. In addition he monitors and measures run time and loads carried out by four tractor teams who deal with transporting orders from the blocks to the processing and loading bays. Management of quality and time play a vital part in ensuring that orders and the despatch of trucks is executed in the allotted time frame and Sandiso’s consistent commitment to his position ensures that this takes place.

Sandiso’s work ethic and attention to detail has carried him far in just over a year at Elands. He shows immense promise and enthusiasm in fulfilling his key performance areas and we are confident in our choice when nominating him for the SANA Young grower of the year 2018 award. 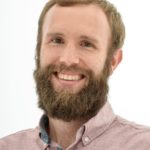 Daylin started at Lifestyle Home Garden in October 2013 as a Manager. Within 2yrs he was promoted to General Manager of the company.

His greatest attribute is his ability to motivate and improve staff moral whilst empowering the elevation of people to reach their full potential. This has led to him developing our first Human Resources Department that is to the advantage of the staff, management and the company.

Daylin manages the purchasing of hardware, décor as well as the implementation of the floor displays, designs and solutions. In addition to the marketing of Lifestyle Home Garden and Mica Lifestyle, he continuously organises campaigns with new marketing strategies and innovative retail floor designs and solutions. He works well with all our staff as he respects their contributions and assists them in growing as individuals and adding value to the business.

He manages more than 150 employees with commitment and motivates staff to perform. He delegates to his managers and thus promotes teamwork. He also runs regular meetings with managers and advisors on business etiquette and staff training sessions which continue to add value to the business.

Daylin is committed to Lifestyle Home Garden in a multitude of ways. His dedication to the company is seen in upgrading and controlling the stock and pricing systems and he has increased the company’s profitability and positive corporate culture substantially over the last 2 years.

He is commended for his work and dedication to his position as General Manager and leader at Lifestyle. 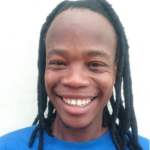 Freddie started at Andy Titterton  Nursery in 2014 as a truck loading assistant, going on deliveries and assisting with picking of stock.

His potential was noticed quickly, and was promoted to a driver within a year. He went out of his way to learn the ins and outs of his department, and was again promoted to a logistics assistant.

His outgoing nature and ease of communicating with, was quickly noticed by the marketing and sales department, and was again promoted to a sales rep.

He is well liked by customers and colleagues alike, and is always making suggestions to improve sales and customer relations. He is very dependable and takes initiative to solve problems and deal with queries.

When asked to go the extra mile, he does with a smile and is of great value to the company. So much so, that he has recently been promoted to sales and marketing supervisor, and we are excited to see where his skills will help to improve the organisation, young SANA, and the industry as a whole. 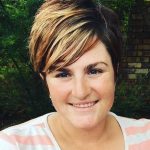 At the backbone of SANA are the Growers, without them we would not have green product to sell.As the next generation takes over the baton we are fortunate to have passionate individuals like our 2017 Young Grower of the Year.Born with flowers in her veins, she worked for pocket money with her brothers filling plant bags.  While studying Landscape Technology & Horticulture at the Tshwane University of Technology she joined the family business part time in 2007.In 2010 she joined the company full time as Head of the Cutting Division where she made huge improvements through the skills and experience gained while doing her practical in-service training in the Netherlands.She is actively involved in the improving of plant standards, production and general management and her passion for growing is visible in the end results.She was promoted to Assistant General Manager and works closely with her brother, Jimie to make this, one of SA’s largest production nurseries even more successful.Our 2017 Young Grower of the Year has shown that our industry in good hands. 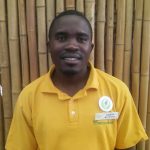 In June 2014 a young man came to our branch looking for work. He had done a short Horticultural course and had worked as a Gardener and with a landscape company for a short period. He had no retail experience but impressed the Manager with his passion and enthusiasm.He was hired as an assistant, our most junior position and tasked to look after our animals in the play park area as that was the only position available. Even though he was completely out of his comfort zone and not in his desired nursery department, he promised his Manager that he will prove himself and not let her down.The next thing the management team heard was that one of our goats had given birth over the weekend but young Joseph refused to leave the goats side and stayed overnight to ensure that mother and baby were ok.This was certainly not expected nor requested, this was Joseph’s inherently good heart and work ethic coming out.A few months later he got his chance in the Nursery Department where he progressed from an assistant, to a sales consultant and ultimately to a Supervisor all within a 2 year period. In this time he put himself forward for all training opportunities, volunteered to lead staff training in our morning meetings and when public transport became a huge problem for him to get to work on time, the next thing we knew he got his motorcycle licence and bought himself a motorcycle to ensure that he would always be able to get to work when he needed to.Through his actions he has demonstrated commitment, loyalty, initiative and the drive to be the best version of himself he can be!  He leads his team by example, expecting the same high standards from them as he does of himself.  This young man is going from strength to strength and we are proud to be part of his journey. 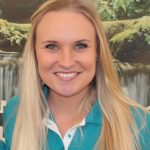 A second generation SANA Member she is not only enthusiastic about selling her product she is a very enthusiastic supporter of SANA especially when it comes to building and manning their stand at the Knoppieslaagte Trade Fairs.
A passionate ambassador for the company, she is redefining the image of the family business.
She has dramatically increased service levels as well as the customer base since joining the business.
Still studying she has brought that passion for marketing into her day to day role and has introduced social media marketing especially on Pinterest and Facebook to promote not just their brand but water feature gardening in general.

These two awards were created to acknowledge young SANA members and employees under the age of 35 who excel and perform above expectation. These awards celebrate individuals judged ont hgeir outstanding work, dependability and flexibility, initiative, interpersonal relations, teamwork and general value to their organisations.