This award is presented to a SANA member who displays commitment, enthusiasm and loyalty to the Association through positive and motivated involvement in SANA activities. 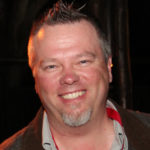 An active member of the BPGA and serving a term as a chairperson which lead to being on the EXCO is just part of this committed member of our Association’s story. An avid supporter of SANA Trade Fairs and activities as well as serving on the Convention and LIAG Committees adds to his credit. This award not only recognises his past service and contribution to the growth of SANA but recognises his continued enthusiasm and commitment which includes mentoring the next generation. This service Award goes to one of the industries new generation of role models – Shane Beckwith 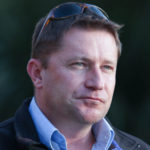 For many of our Members a SANA event would not be the same without him taking the stage and entertaining the audience. But more than that he is a loyal supporter of the Association and continues to be an active Member of the Growers Association. He has served on the EXCO as the Growers Chairperson as well as being very involved in the growers marketing and LIAG. He has long been considered our SANA Ambassador in the Eastern Cape but for many he will also be our Piano Man…..The Service Award goes to none other than – Mike Carter